Roger “Pip” Moyer passed away peacefully in his sleep on January 10, 2015 after a decade of suffering with Parkinson’s Disease. Though uncomplaining, this debilitating disease was particularly difficult for a youthful basketball player noted for his hook shot and as Coach at St. Mary’s High School.

Roger Moyer was born on August 16, 1934 to Clara Lewis of Eastport and Vernon Moyer, originally from Iowa.

A true Eastporter, Pip lived all his life in his cherished close knit neighborhood where ,in his youth , neighbors looked after neighbors. The importance of sharing was a value that stayed with him throughout his life. A generous and kind man he was also the kind of person you would want in “the Foxhole” with you.

Elected Mayor when he was 29 years old, he was honored by the JayCees as one of Maryland’s top five outstanding leaders.

Moyer believed it was government’s responsibility to level the playing field for opportunity for all citizens. His concern for the underdog opened new recreation programs and affordable housing. Inheriting a city nearing bankruptcy , he rescued the city from economic failure campaigning successfully for the Historic District, the first and only one created by popular vote; protected the waterfront from High-rise development and ushered in the US Boat shows. His genuine character generated trust and his out-going personality saved the city from disaster after the assassination of Martin Luther King.

His sense of humor and quiet strength will be missed by all who shared time with him.  The date for a Memorial service is not yet set.

Remembrances can be contributed to the Annapolis Community Foundation, Moyer Trust,

“There are no words to express the sadness that so many people in Annapolis are feeling right now,” Mayor Pantelides said. “My heart goes out to the Moyer family as the City of Annapolis[2] shares the loss and grieves with them.”

Mayor Pantelides has directed that all City flags are to be lowered to half-staff until Mr. Moyer is laid to rest. The City has no information on services at this time. 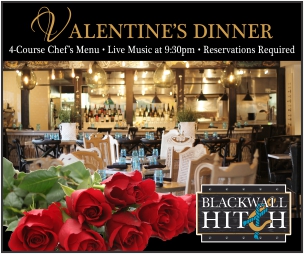